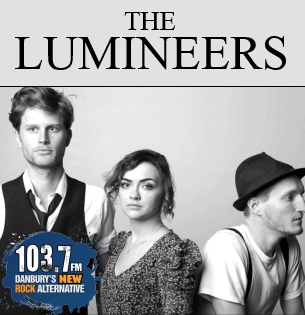 The Lumineers, founded in 2002, got their start when Wesley Shultz (lead vocals, guitar) and Jeremiah Fraites (drums, percussion) were looking for a way to cope with the loss of Fraites’ brother and Shultz’s best friend. After several years of performing together they put out a Craigslist ad looking for another musician in 2010. After responding to the ad, Neyla Pekarek (cellist, vocalist) joined the band. Then, Stelth Ulvang (pianist) and Ben Wahamaki (bassist) joined in 2012, completing the group.

Their self-titled debut album was released in April 2012, peaking at #2 on the Billboard 200 in January 2013, with the album certified platinum in the United States and Ireland, and gold in the UK, Australia, and Canada. Also in 2013, The Lumineers received two Grammy Award nominations for Best New Artist and Best Americana Album. Their much anticipated second album, Cleopatra, is due in April.