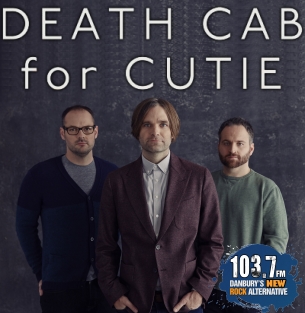 Deatch Cab for Cutie have been together since 1997 and have since released 8 studio albums, with their newest, Kintsugi, released just last March with Atlantic Records. They recorded their album at Eldorado Recording Studios in Burbank, CA, and for the first time ever brought in an outside producer. While they were recording Kintsugi, Chris Walla, lead guitarist and founder member, announced that he will be leaving the band after the album was done.

Kintsugi is nominated for Best Rock Album at the 58th Grammy Awards. The other nominees for the category are Chaos And The Calm (James Bay), Mister Asylum (Highly Suspect), Drones (Muse), and The Gray Chapter (Slipknot). This is Death Cab for Cutie’s fifth Grammy Awards nomination.