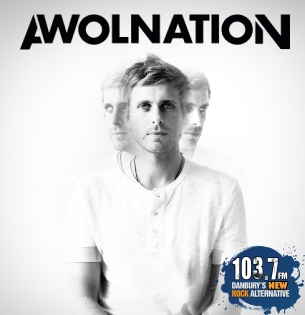 Awolnation is a 5 piece American group formed by frontman Aaron Bruno in 2009. In the past Bruno was part of Under the Influence of Giants, Home Town Hero, and Insurgance. Awolnation signed on with Red Bull Records, released their first EP on iTunes in May 2010, and then their first studio album titled “Megalithic Symphony” in March 2011. From the album, their song “Sail” peaked at #17 on the Billboard Hot 100, #4 on Billboard’s Rock Songs chart, and #5 on Billboard’s Alternative Songs chart. “Sail” is certified 6x as platinum with over 5.5 million copies sold. Also from the album, “Not Your Fault” is certified 2x as gold. As of December 2014, the album as a whole is certified gold.

Awolnation’s second studio album titled “Run” was released on March 17, 2015 and included 2 songs, “Hollow Moon” and “I Am”, which were previously released as singles.