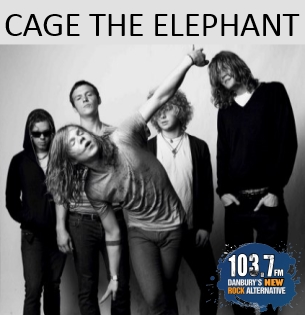 Cage the Elephant released their fourth studio album, Tell Me I’m Pretty, on December 18th. Lead singer Matt Shultz said “With this record, we wanted to be more transparent”, and to do so, most of the 10 song album was recorded on the first shot while they tried to capture their onstage energy as much as possible. And, they went back to their roots for some inspiration by recording Tell Me I’m Pretty at Easy Eye Sound Studio in Nashville, TN, near their hometown of Bowling Green, KY.

Dan Auerbach of The Black Keys helped produce the album along with the Cage the Elephant members, and according to Rolling Stone, “These guys aren’t just reliving classic sounds, they’re giving them a frantic sense of dread that’s perfect for our own dislocated, paranoid times.”

Their record release pushed their single, ‘Mess Around’ to #3 on the Billboard Alternative Songs Chart, up from #4.