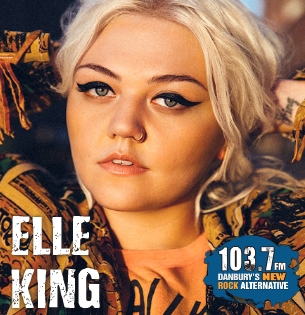 Congratulations to Elle King for her Grammy nominations! She’s in the running for Best Rock Performance and Best Rock Song, both for the song “Ex’s & Oh’s”.

Elle King was born in 1989 in Los Angeles, CA, and grew up in Southern Ohio. Her father is former SNL star, Rob Schneider, and her mother is London King. Around the age of 13, she was most inspired by the music of the Yeah Yeah Yeahs, Etta James, Aretha Franklin, Johnny Cash, and AC/DC- who she has tattooed on her arm. King spent most of her teenage years in New York City and Philadelphia, and she now resides in Bushwick, Brooklyn.

Released in February 2015, her latest album is called "Love Stuff," You can also check out her EP "Good to Be a Man" which features "Catch Us If You Can" and "American Girl" from the movie "Hot Pursuit."