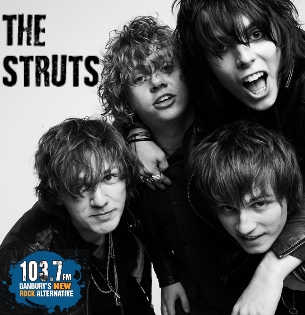 The Struts are an English rock group formed in 2010 by Luke Spiller and Adam Slack. The two started recording together after their own separate bands fell apart, and after 3 years, they brought mutual friends in as drummer and bassist to finish the group. They came up with the name “The Struts” after a comment was made backstage that Spiller “struts around a lot”.

They released their first single “I Just Know” in 2012, followed by “Could Have Been Me” in 2013. In 2014 they released two singles, “Kiss This” and “Put Your Money On Me”, and their first full album titled “Everybody Wants”.

“Could Have Been Me” made a comeback this year alongside “Kiss This” and 2 other songs from “Everybody Wants” with their EP “Have You Heard”, released this past August.