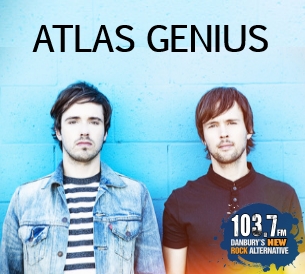 Atlas Genius is an alt rock band of two brothers from Adelaide, Australia. Keith Jeffrey sings and plays guitar, and Michael Jeffrey plays drums. At one point, their other brother Steven was on bass, but he backed out very early on. Michael came up with the name ‘Atlas Genius’, saying it came to him in a dream.

The Jeffrey brothers started their career playing steady gigs at a local pub in 2009, and then their music took off from there with their debut record When It Was Now (2013). And, their songs “Trojans” (2011) and “If So” (2013) were in the top 10 hits of 2013. Their new album titled Inanimate Objects was released earlier this year.