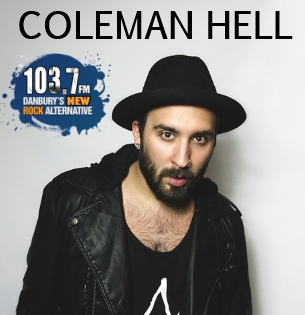 Coleman Hell is a Canadian musician, originally from Ontario. In the early 2010’s Coleman Hell spent some time with Joey Burnz as part of Burnz N Hell, a Thunder Bay hip hop duo. He later co-founded Sideways, the Toronto artist collective, including Shan Vincent de Paul, La+ch, and Michah. During this time he released a free mixtape titled Stark Raving in 2013 and the Vera EP in 2014.

In February 2015 Coleman Hell released his debut single “2 Heads”. He signed on with Columbia Records this past spring, with his debut full album titled Srry Bout Last Nite expected to be released by the end of 2015.