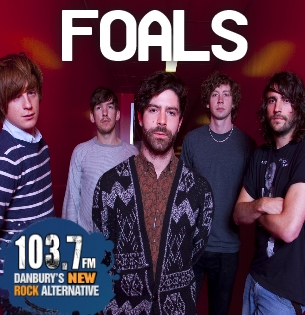 Foals is an English Indie Rock band that formed in 2005 in Oxford, England. Back in 2008, the band released their first album “Antidotes”, and after success with 2010’s “Total Life Forever” and 2013’s “Holy Fire” they signed on with Warner Bros. Records.

Foals then started touring internationally, were featured at several festivals including Coachella, and have won “best live act” at the 2013 Q Awards. Foals frontman Yannis Philippakis is known for jumping off the stage and crowd surfing, and even got into an argument with a security guard who was trying to stop him. Philippakis’ last words to the crowd that night were, “I want to say a massive thank you to you and f*** that security guy.”