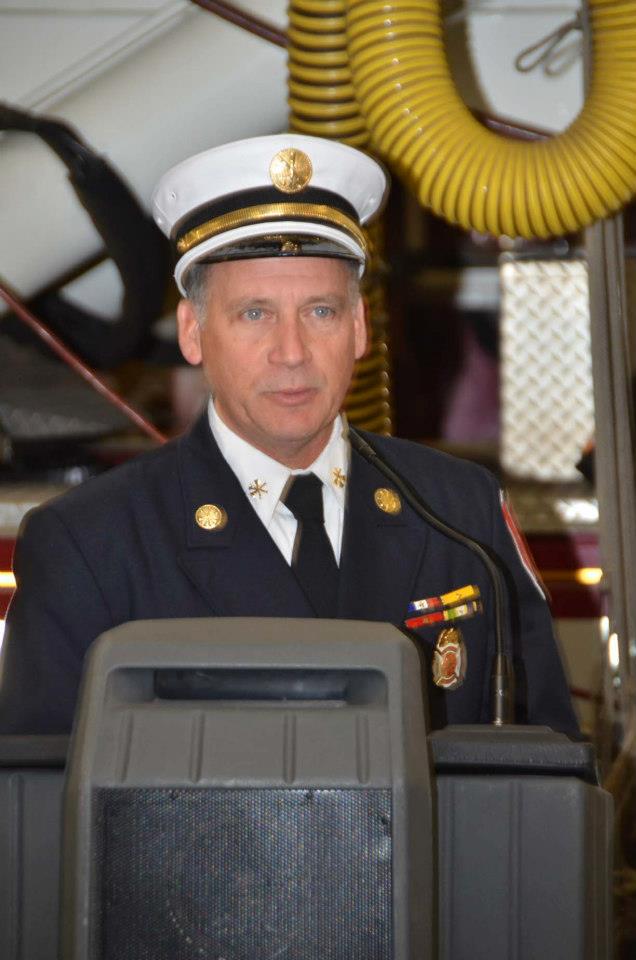 Yesterday was Acting Fire Chief Mark Omasta's last day with the Danbury Fire Department after 36 years.  A socially distanced "Flag Ceremony" was held yesterday afternoon at Fire Headquarters.  Omasta began his firefighting career as a Volunteer with Citizens Hose Co. No 6 in 1984. He then went on to be a career firefighter with the Town of Wilton, before returning to Danbury in 1985.

He held the ranks of Lieutenant, EMS Coordinator, Training Officer, and Assistant Fire Chief.  He's been the Acting Chief since the retirement of TJ Wiedl last June.  Omasta was recognized and named as the National Fire Safety Officer of the Year in 2012.

Department officials say he was instrumental in the building of the new state of the art fire training facility, the rehabilitation of the burn building, storage addition at Engine 26, Headquarters and Engine 23 fitness area addition, the firefighter fitness program, and many new pieces of apparatus and equipment.

Deputy Fire Chief Steve Williams will lead the department until the City hires a new chief.